During my fledgling medical career, I’ve come across a variety of diseases and drug names that make no damn sense. Half the battle in learning pharmacology is being able to repeat drug names that sound more like the title of a D-movie playing at 3 a.m. on the sci-fi channel than comprehensible english (Seriously, you try to pronounce Levetiracetam or Eculizumab).

However, no drug or disease or anatomical structure with a ridiculous name has truly bothered me like pseudopseudohypoparathyroidism. When I first laid eyes on this asinine collection of letters on page 331 of my 2017 edition of First Aid, I was immediately taken aback. I read it to myself several times over, trying to see if my mind or eyes were playing tricks on me. To my dismay and disappointment, there truly exists a disease named pseudopseudohypoparathyroidism.

There are only two explanations that make sense – either Fuller Albright wanted to troll and haunt medical students long after he passed away, or – he was completely stoned. Believe what you wish, but I personally subscribe to the latter theory.

This makes sense as well, given that the United States government was invested in the research of psychoactive substances, such as marijuana. My theory is that Fuller, an accomplished and renowned scientist, was contracted by the government to study marijuana. It probably went something like this:

Being a creative scientific mind full of intrigue, Fuller then swiped some weed from the lab. He went back to his research to further study parathyroid endocrinology, fueled by his cannabinoid creative spark. Eventually, he noticed patterns and discovered a disease presenting similarly to his previous discovery of pseudohypoparathyroidism, with a slight twist.

I can picture the exact moment. Surrounded by colleagues and research assistants, Mr Albright was adorned in his white coat, stroking his facial stubble while periodically taking puffs of a cannabis-tobacco mixture in his pipe. The room was silent and all that could be heard was the flickering combustion in his smoking apparatus. Behind glossy blood-shot eyes, he pondered… ‘what shall I name this disease, which is a slight variation of my previous discovery, pseudohypoparathyroidism’.

At last the silence was broken. With a slight grin, Albright smugly claimed – “I’ve got it”. The others in the room looked at the doctor amidst the smoke cloud, as he continued… “Pseudo-PSEUDO-hypoparathyroidism”. He thought to himself – genius. The colleagues sat there puzzled, thinking… this guy is stoned out of his mind. Nevertheless, these spineless yes-men were afraid to contradict their superior, as Dr. Alright was a man of significant scientific pedigree after all.

Shame on them. Shame on them all. Because now, we are left with a glaring blight in the medical canon – pseudopseudohypoparathyroidism. I sit here, writing this post, still equally puzzled and frustrated, that a man achieves the pinnacle of a scientific career decides to give his discovery the dumbest name of all time.

It’s an insult to the profession. You know, I see internet click-bait posts and Facebook rants all the time about the public’s distrust of doctors. It is both frustrating and often unfounded. But I mean, how is the public supposed to trust doctors when one of our own named a disease “pseudopseudohypoparathyroidism”?

Don’t get me wrong – it’s not the long, convoluted, Chinese finger trap of a name that floors me, because that comes with the territory of medicine. What really keeps me up at night about pseudopseudohypoparathyroidism is the fact that he could have named this disease anything else. I mean, he didn’t have to go full Virchow and name everything he discovered after his last name, but come on, just name the damn thing “Fuller’s Hypoparathyroidism” and call it a day.

If there is one positive about this senselessly named disease, it’s that I’m pretty sure I won’t get a question on pseudopseudohypoparathyroidism wrong on Step 1.

Or maybe the ghost of Fuller Albright will haunt me for writing this post on test day and I will get it wrong. Now that would be the ultimate tragedy. 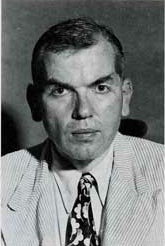